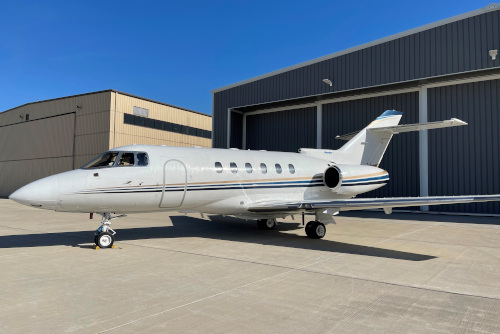 sage-popovich, inc. is a global Aviation Consulting and Asset Management provider, from pre-purchase inspection and appraisal services through repossession and liquidation on all aircraft types and related inventory. Serving since 1979, sage-popovich, inc. began as a provider of recovery services for aviation assets worldwide (in excess of 1,800 mostly self-help repossessions to date) and from there, expanded into a one-stop aviation consulting operation. Services range from specific projects, long-term portfolio monitoring, to repossessions and valuations. We have valued in excess of 40 billion dollars of aviation related assets.

We offer technical and strategic planning insights to aviation lenders/lessors, attorneys, aircraft manufacturers, airlines, MROs, government entities and individual aircraft owners worldwide. Operating groups with sage-popovich, inc. provide remarketing services and parts sales/consignment, as well as private aviation. Having all our services under one roof, along with flexibility and quick response times, sets us apart in the in the market place, reducing your exposure and costs. Our expertise is continually recognized by both the aviation community and the international press.

Nick Popovich, Founder, Past President, and current Chairman of sage-popovich, inc., was inducted into the 2017 class of Living Legends of Aviation, joining the ranks of luminaries such as Dr. Buzz Aldrin, Col. Frank Borman, Sir Richard Branson, Harrison Ford, and Chesley “Sully” Sullenberger. He is a previous Member of the ISTAT Board of Directors and previous Vice President of MAEL. Nick and sage-popovich, inc. have been featured as the subject of a Discovery Channel docudrama, as well as numerous publications and news stories around the world, including ABC Nightline, Smithsonian Air and Space Magazine, Wall Street Journal, Business Jet Traveler, London Sunday Mail, The Financial Times, Barron's and many industry trade publications. Nick has a unique understanding of aircraft and aircraft operations from the cockpit to management-ownership of commercial operations. He has been appointed as the appraiser and/or wind-down liquidator by numerous US bankruptcy courts, and by Federal Courts as binding arbitrator in highly complex litigation matters involving aircraft sales, maintenance and management. Prior to the loss of his First-Class Medical Certificate, he was type rated in five commercial transport aircraft and has logged in excess of 12,900 hours in fixed and rotary wing aircraft. The sage-popovich, inc family is enriched by our friendships with so many aviation pioneers and innovators, who remain not just business associates, but friends. 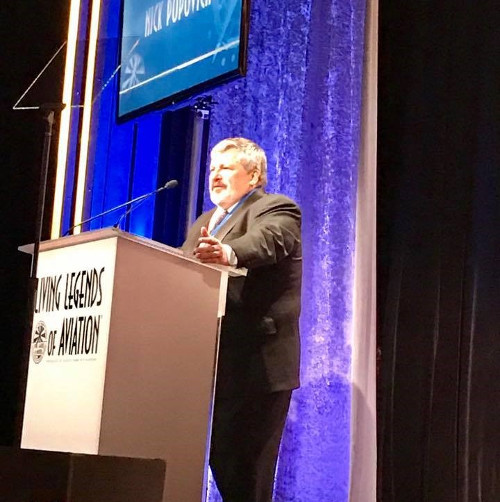 Nick was nominated for the Living Legends of Aviation award by Robert A. "Bob" Hoover and Sean D Tucker, without a doubt two of the most fearless and talented aerobatic pilots ever to grace the skies. R. A." Bob" Hoover, a true Tennessee gentleman, known for his signature straw hat, was so much more than an airshow pilot. Bob flew both Spitfires and P5l Mustangs during WWII. He was shot down by the enemy and spent 16 months in a prisoner-of-war camp. In a mad dash for freedom he seized an opportunity, stole a Nazi aircraft and flew to safety. After the war Bob became a test pilot and a demonstration pilot for North American Sabre Jets, before joining the airshow circuit. Prior to Nick's induction ceremony, unsure if he would be able to attend, Bob recorded a short video to be shown in his absence. 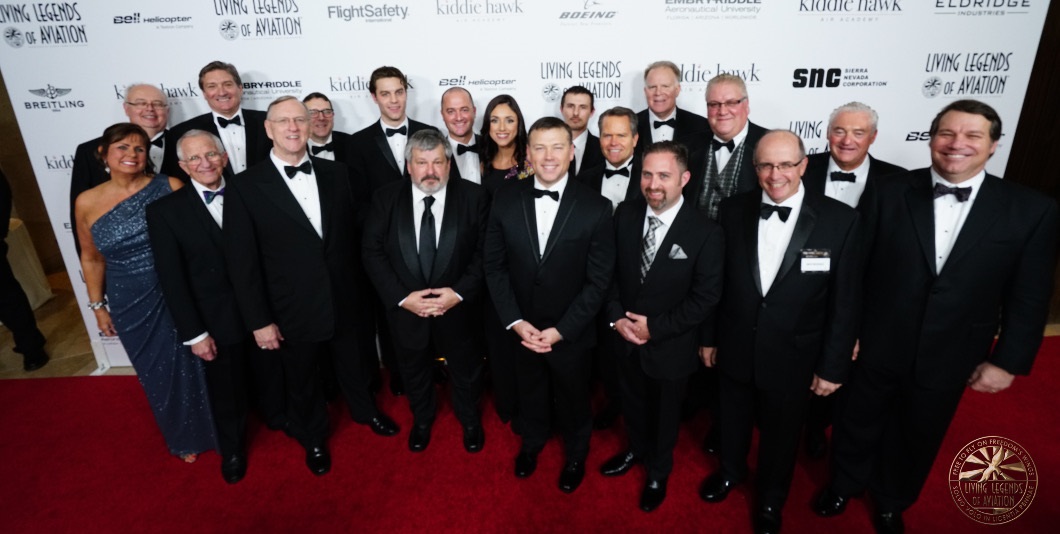 December 7, 2019, the U.S. Army’s Golden Knights Parachute Team held a celebration and reunion celebrating 60 years of excellence, in Fayetteville, North Carolina. In attendance were members of the first team from 1959. Hosting the gala was National Aviation Hall of Fame’s Ambassador of Aerobatics, Sean D. Tucker. Nominated by Golden Knight member, John Duda, Mr. Popovich was humbled to be Knighted as an Honorary Member of the Golden Knights. Nick considers it an absolute obligation and responsibility to strive for excellence in all he does, to honor those who bestowed upon him the ultimate accolade. 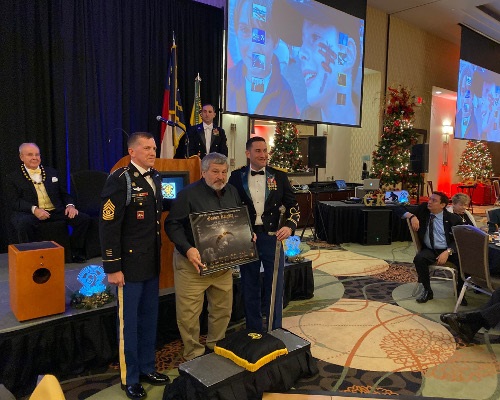 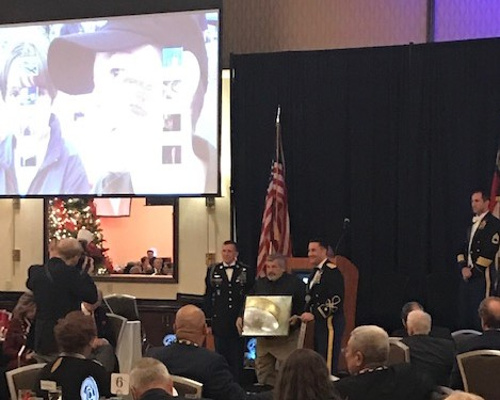 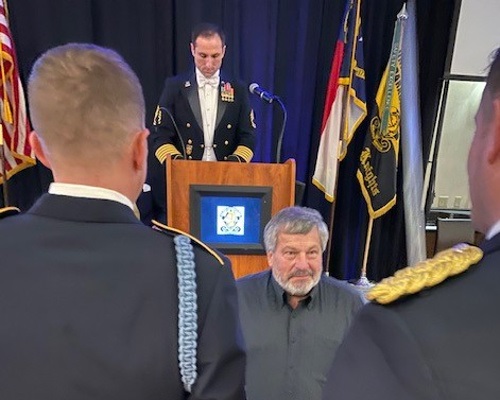